From Glarean’s Modes to Mattheson’s Eight Commonly Used Keys: The Symbiotic Development of Mode and Psalmody 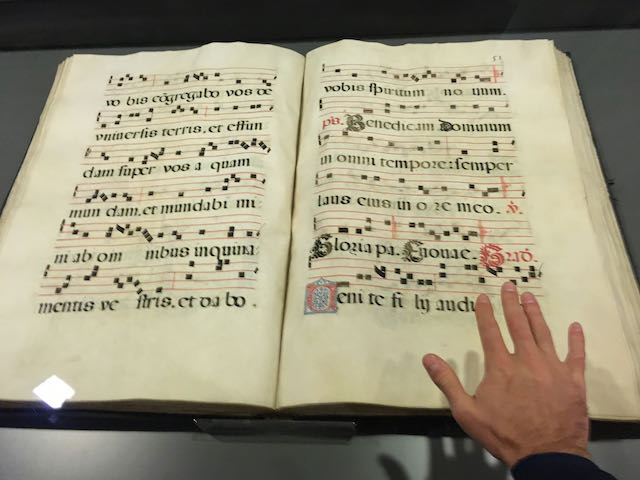 In his Neue Eröffnete Orchestre (1713), Johannes Mattheson summarizes Heinrich Glarean’s twelve-modes, then explains afterwards that, “present-day composers are accustomed to differentiate their modulations differently.” He then lists four major and four minor keys. Why did Mattheson choose these keys, and where did they come from?

Until now, the most widely accepted explanation for Mattheson’s choice is that of Harold Powers (1998). Powers argues that Mattheson’s keys developed from Banchieri’s “church keys” (Lester 1989), which he explains represent eight transposed psalm tones, a set of melodic formulae used for singing psalm texts. By elevating the importance of the psalm tones as the predecessors to Mattheson’s keys, Powers diminishes the role of mode.

In this paper, I argue instead that Mattheson’s keys arise from a developing concept of mode, not representations of transposed psalm tones. As Jean Claire (1962) and Daniel Saulnier (2015) explain, early ninth-century Gregorian scholars designed the psalm tones to embody characteristics of eight modes. The eight modes were defined by their finals, ambitus, and repercussa intervals. Over time, however, theorists changed how they defined the eight modes from one based on repercussa intervals, to one based on species of fifth and fourth. I highlight three treatises that show mature stages of this process: Johannes Cochlaeus’s Tetrachordum musicae (1511), Glarean’s Dodecachordon (1547), and Glarean’s and Litavicus’s oft overlooked Musicae epitome (1557). I argue that Glarean’s “modes used for singing,” a subset of his twelve species-defined modes that he outlines in his Dodecachordon and later clarifies in Musicae epitome, provide a better point of origin for tracing the path to Mattheson’s keys than do Banchieri’s church keys.

To conclude my paper, I explain how Glarean’s eight-mode subset developed into Mattheson’s keys. I discuss how the Lydian modes change into Ionian modes, how the Phrygian modes were replaced with the Aeolian modes, and how some modes were transposed to make them more comfortable for singers in a fixed-pitch space. Finally, I draw upon the work of Joel Lester (1989) and Michael Dodds (1999, 2003) to highlight how seventeenth-century theorists explained the transition from a reduced set of modes to major and minor keys.